Self-deception makes us have a better perspective of Operational Risk

The fundamental reason is that nine out of ten people who work in any type of organization are not convinced that this type of improperly (slightly) managed risk results in severe losses or bankruptcy of companies.

This scenario has led to the sensitization activity being one of the most promoted and in turn the most requested to our working group in organizations.

By virtue of the above, since we decided to develop this practice, we have investigated methods, analyzed documents, studied our own experiences and those of third parties in sensitization processes, where all kinds of topics have been covered, including even those of a religious nature [1] , with the firm objective of understanding the complex sensitization processes.

The purpose has been to find the “pieces” that allow us to enable a cultural change, minimal but effective; that combat the powerful barrier that inhibits managers, achieve proper management of operational risk.

Based on today’s results, we can argue that we were close to responding appropriately to this situation, when in an article we titled: Can risks be managed with faith? 1, we hit the spot, that the measure of our ignorance, it was the one that limited us to consider the importance that exposure to operational risk deserved, given that part of the aforementioned article established the following:

“Risk management maximizes the areas where you have control over the results and minimize where we have no control; the link between cause and effect being hidden from us. ”[2]

However, with the aforementioned, we did not overcome the barrier that would make it possible for the operational risk consultancy to be appreciated by those who might be in need.

At that time, we still did not find the origin of the measure of ignorance, which is what causes us to have no control over what we want to manage.

Reading an article from a consultant with great experience in business matters, I found the explanation of why we did not achieve operational risk practices, including ours; is coupled without major trauma in organizations.

In this article there is a concept that defines a behavior from which it could never have occurred to me that is the cause of the oversized efforts in operational risk management, which I will cite below:

“Self-deception is one of the facets most inherent to the human condition. A facet in principle stupid, but that gives us exceptional stability to become social animals. Man has managed to turn self-deception into a source of stability.” [3 ]

The author continues in the same article:

“This is one of the great paradoxes of the human condition, another of the aspects that make us tremendously efficient compared to other animal species.

Because, in spite of all the above, we should continue to deceive ourselves for the sake of humanity and successive generations.

In fact, man resorts to conscious self-deception, but the animal lives in unconscious ignorance, which, despite less reprehensible and more sincere, is much more dangerous. “

With the article I understood the concept called unconscious ignorance, which defines as one that leads to not realizing that a reality is being ignored.

Therefore unconscious ignorance is tremendously dangerous because, despite providing tranquility, it implies that we are oblivious to reality.

Now, the author defines a concept (self-deception) that helps us understand why we fail so many times to achieve adequate awareness of operational risk.

And it is that self-deception consists of deceiving oneself voluntarily so that things continue to work, but if the worst happens, we will look for ways to fix it.

This is great, it is as if it were the “Feng shui” [4] of operational risk. It would never have occurred to us that it was based on a human condition by minimizing, avoiding, multiplying by zero the operational risks (The truth is that we are not behavioral specialists either).

I must confess that in relation to the previous idea, I always believed, that it was because people ignored operational risk, because it was a boring or perhaps tedious matter.

However, based on this theory, it occurs to me that, in fact, they know how tremendously dangerous the operational risk is, but even so, despite knowing that it can destabilize them, a self-deception action is assumed, which It involves seeing things with a better perspective and that in the event of an event that breaks the condition of tranquility or normality, there will always be an option to recover from that situation.

Now we know the origin

With the identification of this important factor, we can devote ourselves to developing a better approach to the formation of culture for the management of operational risk in organizations, so that the effort does not go into workshops and sessions, in which the objective, it is not clear and the people come forced because the organization decided that they had to be given inductions so that they know that the operational risk is not as bad as they say or believe that sending staff to courses will solve the problem.

Now we have more accurate information about the cause that has caused that the sensitization has not been able to penetrate people.

In addition, we know that as a result we improperly pointed to the objectives of awareness and therefore to develop better risk management practices. We do not believe, that it has been done completely wrong, however if it has cost so much and the objectives achieved, are not those expected in the short term something is not being done well.

Now we understand why, despite the fact that the method we have developed and refined for years, to manage operational risks is in its state of the art, it did not work to the desired standards, because the issue is that for most of those who need it , they do not think so, because they live a reality in which the operational risk is not so bad.

The important thing about this new information is that it will allow us to develop new strategies that contribute to achieving the objectives, which after all are to strengthen the operational risk practice through an adequate and effective practical application.

“For now we know what causes evil, now we have to develop the cure.” Of course, we will reveal the facts through this medium.

I do not want to stop inviting you to read the article that allowed us to understand a little more the operational risk, and which in turn borrowed the name, prepared by Francisco Alcaide. Self-deceive and you will live better2

[1] It is not by chance that the Jesuits, known as The Society of Jesus, were the first company that formed their own leaders and, during that process, one of the most successful companies in the world was built. “From this experience, Without a doubt, there must be a lot of information that leads to examples of sensitization, although without wanting to be ironic, the issue is that it does not take a few months, but rather many years of work (many) Chris Lowney. of Los Jesuitas Editorial Norma 2005.

[2] Bernstein, Peter. Against the Gods The remarkable store of risk. Wiley & Son. 1996 USA

[4] Feng Shui is considered a pseudoscience of Chinese origin that uses the laws of heaven and earth to improve life by receiving positive Chi. 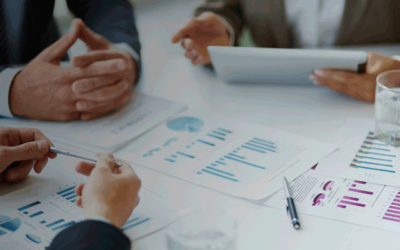 The appropriate dimension of the Alternate Data Center

Sometimes we meet at meetings where we are asked: What is the appropriate size of the alternate data processing center? From experience we know that it is a fairly common question. It involves developing an appreciable budget for this center that will be defended...

END_OF_DOCUMENT_TOKEN_TO_BE_REPLACED 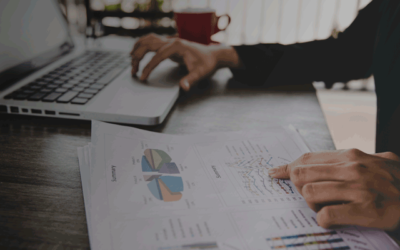 Should the business strategy be considered when developing the BIA?

The business impact analysis (BIA) process seeks, in simple terms, to determine what needs to be recovered and the time it will take to recover the activity, considered critical, of the business Therefore it is like taking a snapshot of the processes and performing...

END_OF_DOCUMENT_TOKEN_TO_BE_REPLACED

The Risk of Procrastination

"My mission today is: Avoid, defer, postpone ..." Procrastinating is the action of leaving for tomorrow what we should do today. This is given because people will prefer to postpone important activities that demand their attention, representing a certain complexity....